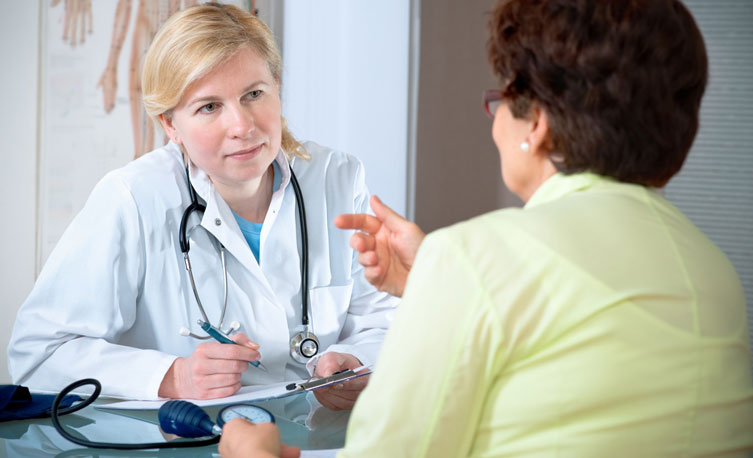 The regulation of the metabolism involves part of the brain, the pituitary gland, the thyroid gland, and conversion of thyroid hormones in the tissues of the body.

Decades ago, doctors discovered a thyroid disease (hypothyroidism) that

In the late 1980’s, Dr. Wilson discovered a health problem (Wilson’s Syndrome) that

This condition is known as Wilson’s Temperature Syndrome. (Information on physician training HERE)

Apparently, Wilson’s Temperature Syndrome doesn’t require treatment for life and doesn’t show up on blood tests because it doesn’t involve permanent damage of the glands involved in regulation of the metabolism.

Patients can have normal TSH, and normal T4 levels and still respond well to the WT3 protocol. Not only that, but people can have normal results on the following tests: Total T3’s, Free T3’s, Total T4’s, and Reverse T3’s and still respond well to T3 therapy. In addition, even people with high T3’s and/or low RT3’s can also respond extremely well to the WT3 protocol.

Hormonal Regulation of The Metabolism

Under conditions of severe physical or emotional stress, the body can slow down to conserve energy. That’s a normal coping mechanism. After the stress has passed the metabolism and body temperature are supposed to return to normal. 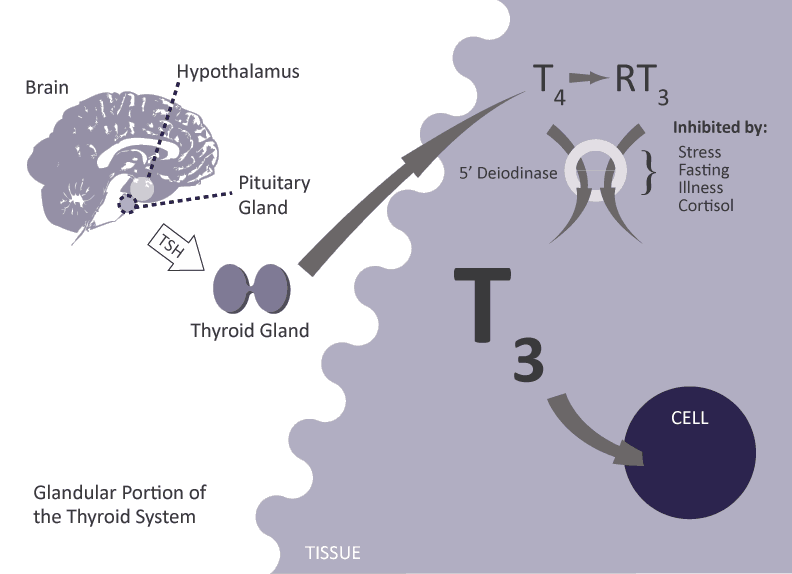 Enough T3 Must Be Delivered To the Cells

You can see from the illustration above that the whole thyroid system is regulated to ensure that the right amount of T3 is delivered to the cells. If there is a deficiency anywhere along the line, the result will be the same, not enough T3 to the cell. And if there is not enough T3 to the cell then the metabolism will not be fast enough and the temperature will drop and low-thyroid-like symptoms will appear. This is probably why the WT3 protocol is so successful because if people have low temperatures and symptoms, for whatever reason, then they probably don’t have enough T3 stimulating the cells.

Regulation of the Metabolism In The Tissues

Any mechanism that can help the body adapt, can also malfunction at one time or another.

This could explain a reversible thyroid condition because clearing the RT3 levels out of the tissues (which can be accomplished with T3 medicine but not T4) could reset the system so that it could function normally on its own again. And because all this happens in the tissues and cells of the body it would be essentially out of the reach of, and therefore undiagnosable by, thyroid blood tests.

Blood Tests Measure What’s Been Put Into The Blood Stream, Not What’s Happening In the Tissues and Cells of the Body 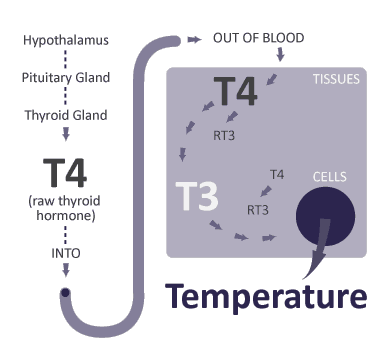 Thyroid blood tests are great to see if glands are properly putting hormones into the blood, but they can’t show what happens to the hormones once they go out of the blood. And in the the case of the thyroid system, more than 80% of the active thyroid hormone is produced in the tissues after it has left the blood stream. Blood tests simply can’t show how well that’s happening.

Notice that the bloodstream divides problems that cause low temperatures and low-thyroid-like symptoms into two groups with very different characteristics.

On the other hand, Wilson’s Temperature Syndrome

It’s as if Wilsons Temperature Syndrome involves some sort of reversible imbalance that’s occurring in the tissues, instead of permanent damage that’s occurred in the glands.

Trying to diagnose Wilsons Temperature Syndrome with a blood test is a little like trying to determine what goes on in a city by watching the traffic on the Interstate Highway that passes through it. Sure, some vehicles get off, and some get on the Interstate in that city but that can’t show for sure what’s going on in all the buildings, homes, and offices. Perhaps we can notice a few things about a city by the traffic that flows through it, but we can’t see from the highway everything that’s happening. A lot of people in the buildings could be fighting with one another, or may be very depressed, or sick, without us having any way of knowing.

Hearing about the importance of T4 to T3 conversion and RT3, some physicians and labs have started looking at Total T3, Free T3, Total T4, Free T4, Total RT3, and T3/RT3 ratios. But none of these tests demonstrate T4 to T3 conversion in the tissues and cells of the body. They only show what’s floating around in the blood stream just like any other blood test. Some doctors and labs are starting to tell people that there are new tests unlike the normal thyroid tests that can confirm or deny Wilsons Temperature Syndrome. But that’s not true. Some doctors and labs are saying, in effect, “OK conversion, let’s measure T3 and RT3 in the blood.” However, presenting and relying on a new line of inconclusive thyroid blood tests that replaces the first would just be putting us right back where we started. This explains why many patients still respond extremely well to the treatment regardless of what any of these tests say. Not only do some of the patients with “normal” tests still respond well, but so do some that are shown as being “abnormal” in a way that’s supposedly exactly opposite to Wilsons Temperature Syndrome. For example, some of the patients with “low” RT3 levels and/or “high” Free T3 levels and/or high T3/RT3 ratios can still respond beautifully well to the WT3 protocol.

It’s impossible to rule out Wilson’s Temperature Syndrome with a blood test, and it’s a shame to think of many people being left ill for no legitimate reason. The bottom line is that if thyroid blood tests show that there is no problem upstream and that there is raw thyroid hormone going into the tissues, and the patient still has a low temperature, then that patient may very well respond fantastically well to the WT3 protocol. Having normal thyroid blood tests can actually be considered a very good sign because that means the problem is not “upstream” in glands that are permanently damaged but may be an imbalance in the tissues that that is reversible.

Once inside the cell, the T3 travels to the nucleus of the cell and attaches like a key in a lock to the “T3 receptors” of the nucleus. The T3 has its action by stimulating those receptors. Some people believe that Wilson’s Temperature Syndrome is due to a genetic deformity of the receptors that makes the receptors resistant to the stimulation of the T3 (and therefore requires treatment for life). We doubt this is the case because we have seen Wilsons Temperature Syndrome cured in as little as 3 days (and not needing any more medicine) and doubt that the genetic coding of the receptors could change that fast.